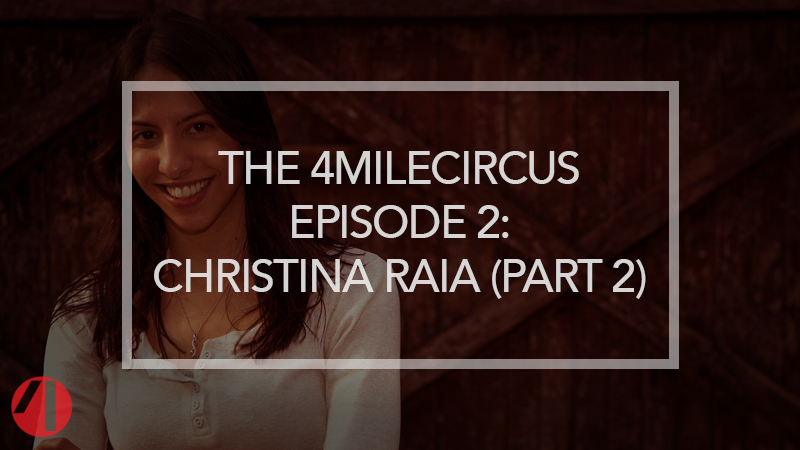 In our second episode, 4MileCircus partners Sean Mannion and Nicole Solomon sit down with filmmaker Christina Raia (Summit, IndieWorks film series), to discuss social media and crowdfunding. Part two of a four part interview. We also share a social media tip on using images to attract attention, and Nicole and Christina try to guess the oldies song Sean misheard as containing the lyric “She’s a slut you mourn, and you will know.”

Join us next week when we talk to Christina about using social media during the production process for her feature film Summit.