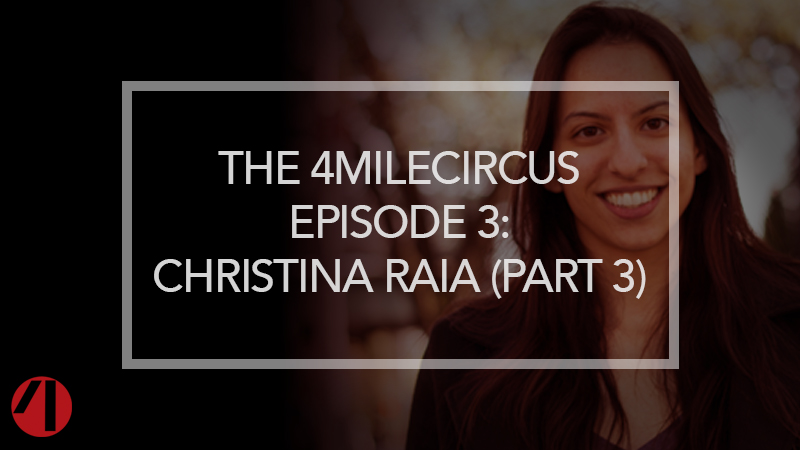 In our third episode, 4MileCircus partners Sean Mannion and Nicole Solomon sit down with filmmaker Christina Raia (Summit, IndieWorks film series), to discuss social media and the film production process. Part three of a four part interview. We also share a social media tip on timing of your posts, and Nicole and Christina try to guess which Cronenberg film the quote: “I’m gonna suck your brain dry. Everything you are is gonna become me.” comes from.

You can read the “Shooting Summit” series mentioned in the interview at: congestedcat.com/blog?category=Shooting+Summit

Join us next week when we talk to Christina about using social media during the release process for her feature film Summit.