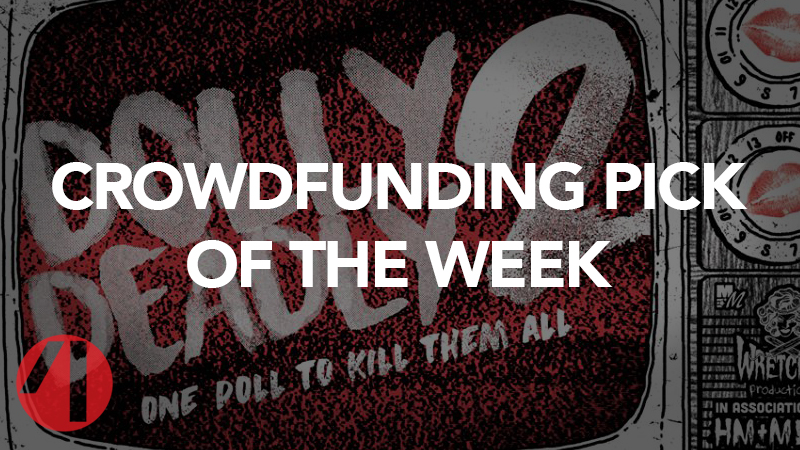 Heidi Moore’s deliciously bonkers feature film Dolly Deadly was one of the most enjoyable things we saw at last year’s Ax Wound Film Festival, or in 2016, period. Following the gory misadventures of a creative young boy named Benji (played by Moore’s own son, Justin, in a star-making turn) who begins disposing of bullies with his beloved doll collection, Dolly Deadly had passion, a killer aesthetic, and more entertainment per minute than most Hollywood blockbusters.

We were excited to hear that a sequel was not only already in the works, but that it would be a ROCK MUSICAL. About the only way to top the bloody joy of Dolly Deadly’s gruesome revenge rollercoaster is to plunk a grown up Benji into a goddamn rock musical.

Moore & co are trying to raise an excessively reasonable $10k to bring their melodic vision to life. Why not kick a few bucks their way? More than worth it for the bragging rights, PLUS they have some most excellent backer rewards.

Check out the campaign and give what you can!

Be sure to also watch Dolly Deadly on Amazon Prime or your service of choice, and listen to our interview with Heidi Moore on the 4MileCircus podcast!